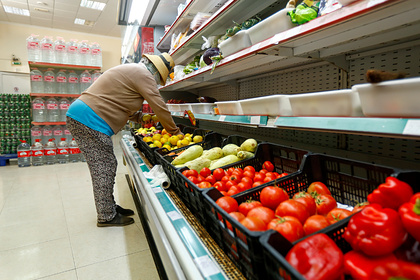 Spain has recorded record price increases since 1992. Inflation in the country accelerated and rose by 5.6 percent in November compared to the same period in 2020, Bloomberg reported.

The increase in inflation in Spain was mainly due to higher food and energy prices. The agency notes that the record rise in prices since 1992 also creates additional pressure on the European Central Bank (ECB).

Member of the Executive Council of the European Central Bank Isabelle Schnabel said in late November that inflationary risks in European countries continue to grow. She also noted that price increases in the euro area will peak in November, then fall below the ECB's inflation target of two percent.

At the end of September, the country experienced the highest price increase since 2008, then the annual inflation in September grew by 4 percent. Its acceleration was influenced by the cost of electricity in Europe. Gas prices rose due to lower supplies from Russia and Norway, and demand for energy increased amid the economic recovery after the pandemic.

At the same time, JPMorgan analysts said that Spain is lagging behind Europe in terms of average economic growth … According to analysts, consumption in the country was below their expectations, they cut their forecast for the growth of the Spanish economy for 2021 from 6.3 percent to 4.5 percent. Spain's official statistics agency also cut its GDP growth rate from 2.8 percent to 1.1 percent for 2021.