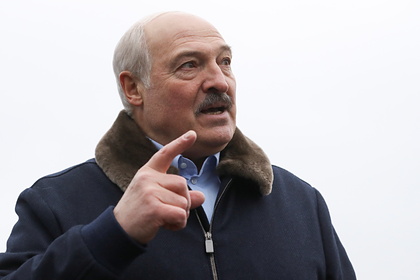 – a NATO member and involve Russia there, says political analyst Dmitry Bolkunets. In a conversation with Lenta.ru, he added that Lukashenka’s support in the country is critically small, so the politician may decide that the only way to improve the current situation is to provoke a conflict.

Earlier, Lukashenka held a meeting with the country's military, where raised questions about the migration crisis on the border with Poland, the collapse of Europe and the participation of Belarus in a potential war in the Donbass. Moreover, the president spoke in military uniform, which, according to Bolkunets, causes not only ridicule, but also concern.

“The word“ war ”is heard every day in Lukashenka’s speeches, wherever he appears,” the political scientist noted. – The fact that he appeared in military uniform at today's meeting causes not only ridicule, but also concern. The President of Belarus may well provoke a military conflict on the border with the NATO country and involve Russia there. The only thing left to count on is that the neighboring countries will have the courage not to succumb to provocations. ”

Extravagant actions and statements of Lukashenka, according to the political scientist, are explained by the fact that the president is driven into a corner: thanks to his actions, the country has come under numerous sanctions, and support in society is critically small.

“Partisans operate in Belarusian cities. Moreover, real partisans, who commit certain sabotage, are attacking police posts. This does not always make it into the public report, but nevertheless, Lukashenka is alarmed anyway. The only way out for him is to start a war in the region. I do not exclude that in this matter he is ready for provocation. But the military of Belarus, I hope, still have some kind of margin of psychological strength and will not succumb to such insinuations. Because Lukashenka will leave, and those who carried out his orders will have to be responsible for the human lives taken away, ”Bolkunets warned.

Earlier, Lukashenka spoke about the bodies of migrants“ thrown ”into Belarusian territory. In his opinion, the dead refugees are being thrown across the border by the Lithuanian security forces.