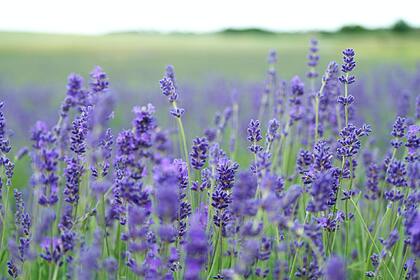 Crimean local historian Sergei Gontar has planned to create an open-air lavender museum. This is reported by “Moskovsky Komsomolets”.

The man wanted to organize the Elitazh park, which will be dedicated to one of the main natural attractions of the peninsula – lavender fields. The opening of the park-museum is scheduled for May 2022.

“For any Crimean resident, lavender is summer, hiking with his family in the mountains, a trip to the sea. Wherever we went or went in Crimea, we were always accompanied by straight rows of lavender, “the local historian shared.

According to Gontar's idea, in addition to lavender fields planted in the shape of hearts, a children's The Museum of Water and there will be exhibitions with ancient shells. In addition, the creator of the location plans to plant sakura, wisteria and a ginkgo tree.

“The main mission of Elitazh Park, I see the creation of an oasis of love, kindness and creativity. I hope the park will become a place where Crimeans will hold wedding ceremonies. There is definitely no such thing in Crimea. This can become our calling card. A place where we will bewitch people, making them fall in love with the peninsula, “Gontar told about his plans.

Earlier in November it was reported that, as part of the program for the development of agritourism in Crimea, tourists will be offered excursions to private farms – cheese dairies, wineries and fishing enterprises. According to the authorities of the republic, the opportunity to taste traditional food products in a picturesque area will attract a large number of comers.