Emma Derbyshire: regular consumption of blueberries has a positive effect on memory and mood 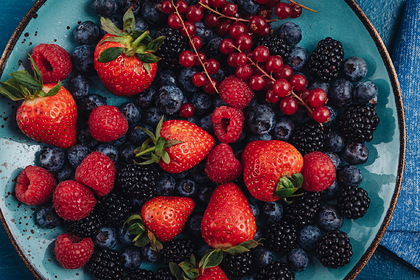 British nutritionist Emma Derbyshire will help improve memory and positively affects the functioning of the brain in general. Her recommendations are published by Fruitnet.

The specialist refers to new research in the International Journal of Food Science and Nutrition, which shows that regular consumption of blueberries can have a positive effect on memory and cognitive function in children and young adults.

For adults and seniors, blueberries are also very beneficial as they slow down the rate of age-related decline in cognitive abilities, that is, memory, perception, logic and imagination. In addition, the substances contained in the berry help to better control mood, which is important in the fight against depression and anxiety.

“Blueberries contain a lot of polyphenols, such as anthocyanins, which have a positive effect on mental activity. Berries are easy to include in your diet — add them to porridge, make a juice or smoothie, or just eat them as a healthy snack, ”Derbyshire said. The nutritionist added that you need to eat about one cup of blueberries a day or drink the equivalent amount of juice.

US nutritionists have previously named foods that can help slow the aging process in men. Among the most useful products, experts named avocado and asparagus.