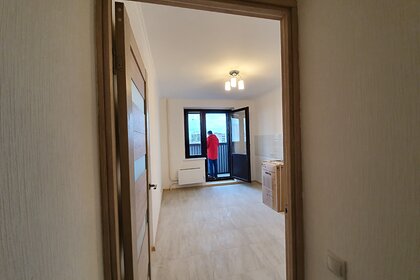 Enterprising Muscovites wanted to “cut” living space in order to make six apartments out of one, but were punished. This was reported on the website of the mayor of the capital.

One of the local residents filed a complaint about illegal work in the house on Marshal Katukov Street. She stated that a dwelling with an area of ​​about 100 meters was “cut” into six studios, each one had communications, thus creating an extra load on the common building engineering systems.

Inspectors of the Moscow Housing Inspectorate conducted an inspection, the suspicions of the Muscovite were confirmed: the owners really almost remodeled one apartment at six. The workers installed partitions with metal doors, placed additional bathrooms, made a kitchen in each room.

Administrative protocols were drawn up against all the owners, and citizens were obliged to bring the apartment to its design state.

In September, residents of Moscow wanted to deprive them of their ownership of housing due to illegal redevelopment. As the specialists of the Moscow Housing Inspectorate found out, the city dweller during the renovation demolished all the non-load-bearing partitions in the apartment.