Tishkovets: cyclone Benedict will hit Moscow with the heaviest precipitation in 69 years on November 30 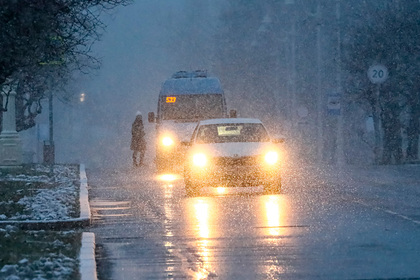 “Will bring down the heaviest rainfall in the last 69 years on Moscow. The city will receive about 40 percent of the monthly norm, warned the forecaster of the Phobos center Yevgeny Tishkovets, writes RIA Novosti.

According to the expert, intense heavy rains, especially at night and in the morning, will pour like a wall, and half of the day with snowfall with deterioration of visibility to 900 meters.

At the moment, the record for the day belongs to 1952 (25.4 millimeters). In addition, the daily record for precipitation for the whole of November is 41 millimeters.

Earlier, the scientific director of the Hydrometeorological Center, Roman Vilfand, said that frosts down to minus 20 degrees and thaws are forecasted in Central Russia in winter. In addition, a global increase in temperature is expected according to the long-term forecast. The short-term forecast speaks of real frosts, the specialist specified.