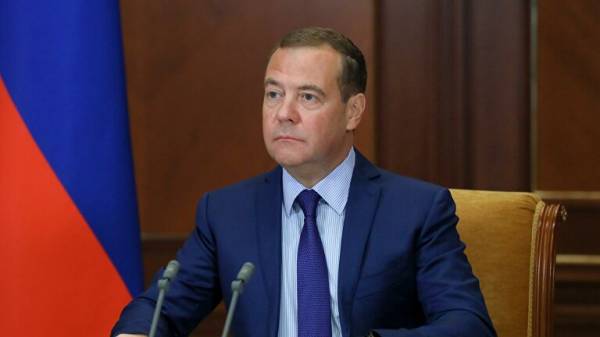 , the emergence of ethnic enclaves on the & nbsp; territory of our country, and & nbsp; there are plenty of examples of this kind of enclaves in the & nbsp; world, and & nbsp; all of them are breeding grounds for crime. We & nbsp; this is great with & nbsp; you understand & raquo;, & nbsp; & mdash; he said & nbsp; at & nbsp; a meeting dedicated to the implementation of the state's migration policy.

According to him, organized ethnic groups pose a particular danger today.

The Deputy Chairman of the Security Council noted that the & nbsp; uncontrolled flow of refugees to & nbsp; Europe from & nbsp; the countries of the Middle East, North Africa, & nbsp; Afghanistan led to & nbsp; serious consequences. “ This, of course, provokes a surge in crime, and & nbsp; conflicts on & nbsp; national and & nbsp; religious grounds, and & nbsp; social tension in & nbsp; in general. Because & nbsp; the indigenous people of the states are unhappy with this & raquo;, & nbsp; & mdash; added Medvedev.