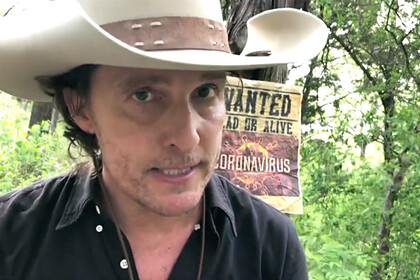 According to McConaughey, the struggle for political leadership is not the path he is currently choosing. “What will i do? I will continue to work and invest the funds that I have to support entrepreneurs, firms, foundations that I believe create opportunities for people to succeed in life, ”the actor shared.

Earlier, Matthew McConaughey during podcast The Balanced Voice said he would consider becoming Governor of Texas and running for that post. At the same time, last year the actor called such an activity hopeless.

In the USA in 2003, the actor Arnold Schwarzenegger was elected 38th Governor of California. According to a public opinion poll, 71 percent of the state's population considered him underperforming, and in 2011 he resigned.