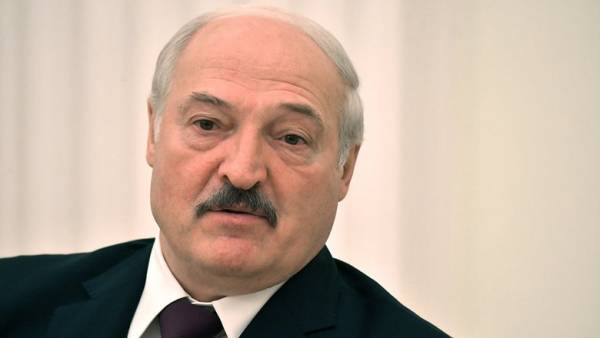 According to Lukashenka, the West uses the situation with migrants as a way to contain the Belarusian army in the event of a conflict with Russia.

“ They understand perfectly well: if only Ukraine tries to unleash a conflict with & nbsp; Russia, Belarus will not & nbsp; remain on the & nbsp; side, so the Belarusian army must be contained, strained on the & nbsp; western borders (Latvia, Lithuania, Poland) and & nbsp; in & nbsp; south & nbsp; & mdash; strengthening of the Ukrainian border & raquo;, & nbsp; & mdash; he explained & nbsp; his position.

We need to protect our country. I am not dramatizing events, but I warn the military: against any possible movement. Alexander Lukashenko President of Belarus

Earlier, Lukashenko claimed that the United States was using the migration crisis. According to & nbsp; his opinion, NATO's involvement in the & nbsp; settlement of the situation with & nbsp; refugees is not & nbsp; than & nbsp; other than provoking a war. “ Europe does not & nbsp; want war. Who needs this war? Americans & raquo;, & nbsp; & mdash; stated the Belarusian president.

The EU countries, Great Britain and the US argue that & nbsp; the migration crisis on the & nbsp; borders of Poland and & nbsp; Lithuania was provoked by Minsk itself, in & nbsp; in connection with & nbsp; what & nbsp; a new sanctions package is being prepared against Belarus … & Nbsp; and & nbsp; Russia was also repeatedly accused of involvement in the & nbsp; crisis. The official representative of the Russian Foreign Ministry Maria Zakharova, in & nbsp; in turn, stated that & nbsp; publications of Western media about & nbsp; that Moscow was using the crisis at & nbsp; the Polish-Belarusian border for & nbsp; preparation of an “ invasion '' to & nbsp; Ukraine, not & nbsp; more than & nbsp; another “ mythologeme ''.