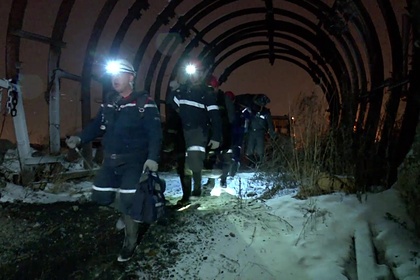 Mine “Listvyazhnaya” … This is reported by TASS with reference to the mine's press service.

It is noted that the families of the dead miners will receive two million rubles each. In addition, each family member will personally receive another million rubles. The press service of the mine also noted that the owners will allocate more than 300 million rubles to pay off their obligations. Also, by the decision of the co-owners of the mine, the education of the children of those killed in higher and secondary vocational schools will be paid for, housing or housing conditions will be improved, depending on the situation, and all types of family loans will be repaid.

Previously, an employee of the Listvyazhnaya mine Nikolay Alimov, where 51 people died as a result of the methane explosion, named the reasons for the miners' silence about the constant violations. “It's scary to work, but the salary is good and you don't have to travel far. We got an outfit, changed and drove off. It is not easy to change jobs without losing your salary. There is nowhere to go, ”Alimov shared. According to him, the miner “cannot stamp his foot and refuse to work,” as this could lead to heavy fines for workers.