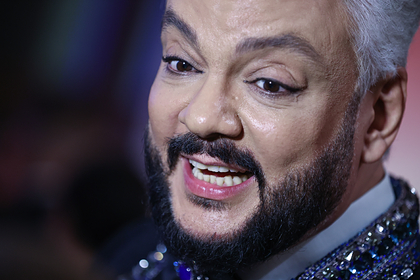 Honored Artist of Russia Viktor Drobysh, urging the composer to “forget his name.” The commentary of the pop singer appeared on the Instagram account of the Muz-TV channel under a post dedicated to the release with Drobysh.

In the post, Drobysh makes fun of Kirkorov, recalling, in particular, the conflict between the singer and journalist Irina Aroyan, who appeared in 2004 year to a conference with him in a pink blouse, which the artist did not like.

“You can criticize Philip Kirkorov for a long time, but we must pay tribute, he somehow caught on a snag with his cowards, and somehow 40 or 50 years he is on the stage and does not leave. Invents something, is constantly at work. She constantly confirms her professionalism with songs, showdowns, pink blouses. Loves no-no yes ********* [hit] some girl, “Drobysh said on a video posted by Muz-TV.

In a commentary on the post, Kirkorov admitted that he does not understand how the composer could utter such words even in a fit of hatred. “Everything in this life has a limit and measure, so I want you to know – forget my name, even after many years I will not greet you, you just died. For me, there is no such person, “- wrote the performer.

Kirkorov added that he despises Drobysh.

Earlier, Viktor Drobysh called the most expensive gift for Mother's Day for his parent Nadezhda, who lives in USA.