Premier Kishida: Japan has closed entry to foreigners from 30 November due to the omicron strain 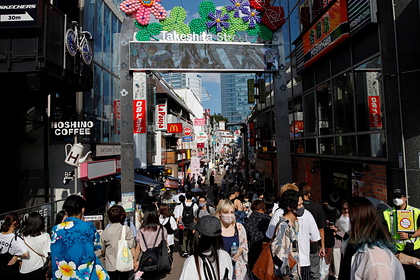 Japanese Prime Minister Fumio Kishida said that the country is closing its borders to foreigners due to the spread of the omicron strain of COVID-19 in the world. This is reported by Reuters.

Kishida announced that the entry ban will begin on November 30 and will affect all foreign citizens. It is noted that the emergency measure is being introduced until the moment when it is possible to find out all the information about the new variant of the virus.

Since November 8, some concessions have been introduced in Japan for foreign businessmen, students and specialists with certified vaccines. So, if there was a host and full vaccination, it was allowed to stay in quarantine for three days instead of 10 or 14, and then visit places necessary for carrying out activities and use public transport. However, this measure did not apply to tourists.

Earlier it was reported that the G7 health ministers announced an emergency meeting due to a new strain of coronavirus. “I called an extraordinary meeting of the G7 ministers of health, it will be held on Monday, November 29,” – said the head of the British Ministry of Health Sajid Javid. The plans of the G7 to discuss events related to the omicron strain were also announced in a release from the British government.

A new strain of coronavirus, code B.1.1.529, was identified in South Africa on November 11. The first confirmed cases of infection were recorded on November 24. The strain was named with the Greek letter “omicron” and have already managed to recognize its danger at the WHO level.