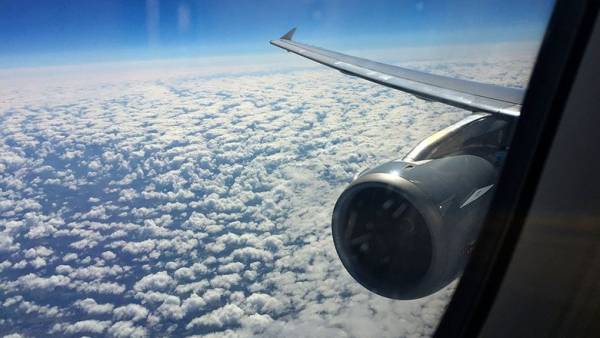 The & nbsp; office of the Israeli prime minister said that, according to the decision of the government commission on & nbsp; coronavirus, from & nbsp; November 29 & nbsp; for & nbsp; two weeks, “ foreign citizens are prohibited from entering & nbsp; Israel, with the exception of those who have received permission from the special commission for & nbsp; special cases & nbsp; According to the decree of the Israeli ministers, from & nbsp; 01: 00 Moscow time on November 29 & nbsp; vaccinated or recovered Israelis upon their return to the & nbsp; country must undergo a PCR test, after which they will be required to be in isolation at home.

The symptoms of the omicron are named. -the strain of coronavirus

“If & nbsp; is carried out on the third day of the second PCR test with a & nbsp; negative result ; quarantine. Those who & nbsp; does not & nbsp; conduct an additional PCR test on the & nbsp; third day, will be required to undergo quarantine completely (14 days) & raquo;, & nbsp; & mdash; ruled by a government commission.

Israelis who have not been vaccinated after a PCR test on & nbsp; return are ordered to go to & nbsp; home isolation for & nbsp; 14 days, but & nbsp; & nbsp; provided that the second PCR test is carried out on & nbsp; the seventh day of the second PCR test with a & nbsp; negative & nbsp; result & nbsp; , the ministers decided. The press service of the Israeli Ministry of Health reported that & nbsp; Israelis who return from & nbsp; countries designated as red from & nbsp; 19: 00 Moscow time on November 28 & nbsp; will be sent to & nbsp; quarantine in a & nbsp; special hotel until & nbsp; receiving the results passed at & nbsp; airport Ben -Gurion PCR test. “ If the result is & nbsp; they will be transferred to & nbsp; home quarantine, and & nbsp; on & nbsp; the seventh day, they & nbsp; will have to undergo an additional PCR test. After receiving a negative result of the second test, they will be able to exit the & nbsp; quarantine & raquo;, & nbsp; & mdash; the ministry said in & nbsp; a statement.

On November 26 & nbsp; Israeli authorities decided to add 50 African countries to the & nbsp; red list of states, which are prohibited for Israelis without & nbsp; special permission. On & nbsp; that & nbsp; the same day, the Israeli Ministry of Health reported that & nbsp; & quot; the [coronavirus] strain found in & nbsp; a number of countries in & nbsp; southern Africa was identified in & nbsp; Israel & raquo; from a & nbsp; foreign citizen who came from & nbsp; Malawi. The second case of infection with the omicron strain was detected on & nbsp; Sunday in an Israeli woman who flew in from & nbsp; South Africa.