Ice golf tours are planned to be launched on Lake Baikal 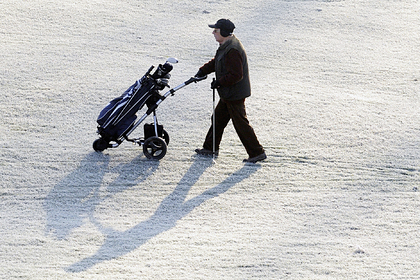 Premium ice golf tours are planned to be launched on Lake Baikal. This was announced by the director of the autonomous non-profit organization “International Center for Golf Tourism” Anna Ovchininnikova at a round table at the tourist exhibition “Baikaltour” in Irkutsk, reports golf.ru.

It is assumed that tours will be available on two shores of the lake in the Irkutsk region and Buryatia. In 2022, experts and foreign tour operators will come there to get acquainted with the infrastructure. At the same time, there are plans to create not only winter, but also summer tour packages.

It is expected that most tourists will come with a golf tour to Lake Baikal from the countries of the Asia-Pacific region – according to preliminary estimates, the project will cover about 15 million traveling golfers from Asia.

“Close, exciting, understandable – this is what we are already hearing about the new Ice Golf tour product on Lake Baikal from key tour operators from Korea and Japan. The region is also interesting to China, Hong Kong, Singapore, Vietnam, “Ovchinnikova said.

Earlier it was reported that the world championship in ice sculpture will be held on Lake Baikal as part of the Olkhon Ice Fest international festival of culture, creativity and sports. The event will take place in February 2022 and will be attended by masters from all over the world.