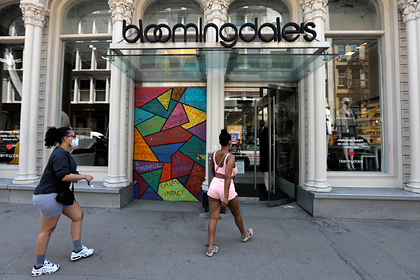 In New York, USA, homeless shelter executive stole two million dollars from the organization's accounts and spent it on Tiffany jewelry, expensive items and a gym membership. This is reported by Insider.

Ethel Denise Perry admitted that she embezzled and spent on the purchase of expensive jewelry and things two million dollars out of ten allocated by the New York City Department of Homelessness for the needs of a charitable foundation. In addition, she hired her brother and nephew to the organization and paid them a salary higher than it was written in the official contract.

They played big They stole millions from McDonald's and gave out to friends, children, the poor and sick 01 – 24 July 2020

“What is my fault if my hands are constantly itching?” all back. He was ruined by connections with the mafia

Perry also dodged taxes and underreported incomes by hundreds of thousands of dollars, according to the attorney general's office. During her five years probation, she must pay $ 1.1 million in taxes and fines. After the woman confessed to embezzling money, she was banned from working for charities and non-profit organizations.

“Stealing money intended for people who find themselves homeless is as immoral as it is illegal. This will never be tolerated in New York, and I will continue to do everything in my power to hold accountable those who take advantage of vulnerable communities, ”Attorney General Laetitia James said in a statement. >

The non-profit will now be disbanded, and Perry will pay a $ 2.4 million fine.

It was previously reported that in Liverpool, UK, 47-year-old Stephanie Long stole £ 214,000 from her employer ( 21 million rubles) in an attempt to impress her beloved man with a luxurious life and ended up in prison for three years and four months. So she wanted to convince him of her value and “buy” his love.