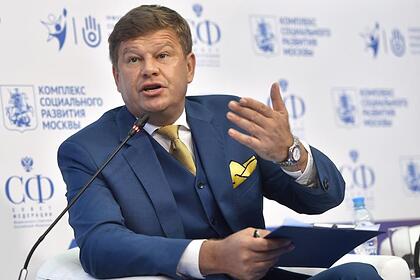 Sports commentator Dmitry Guberniev told what kind of property he owns. He owns housing in Moscow and outside the city. The presenter shared the details with Moskvich Mag.

According to Guberniev, he positions himself as a resident of the Moscow region and Moscow. The commentator has real estate in the Moscow region, where he is registered. In the capital, Guberniev owns an apartment where renovation work is currently underway.
“Therefore, I am temporarily not very much in Moscow,” the host explained.

Guberniev also said what he dislikes in the capital. He attributed traffic jams to such things, noting that it became more convenient to move around by public transport in the city. “All normal people do this: no, no, and I leave the car at the nearest station – I parked somewhere, jumped into the subway, quickly arrived,” the commentator noted.

Earlier, TV presenter Elena showed her Moscow housing Flying. She owns a two-storey apartment with an area of ​​140 square meters, rooms in which are made in a minimalist style using natural materials. A special feature of the interior was a white shell in the form of a face sculpture.