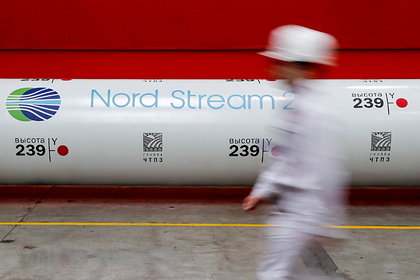 Nord Stream 2, regarding them as rivalry with allies. Its head Christopher Burger spoke on behalf of the department, RIA Novosti reports.

Gazprom and the European Union cannot agree on gas supplies and prices. What will this threaten Russia in a few years? 00: 02 – July 30

Merged into a pipe .How will the US-Germany deal on Nord Stream 2 force Ukraine to change its attitude towards Russia?

The German Foreign Minister noted that Berlin is in close contact with Washington on all issues related to Nord Stream 2, a joint statement by US President Joe Biden and German Chancellor Angela Merkel. At the same time, he noted that the United States is aware of the position of Germany on sanctions.

“We fundamentally reject the use of sanctions against the allies, so there should be nothing surprising here,” the head of the German Foreign Ministry added.

On November 28, it became known that Germany called on the United States to abandon sanctions against Nord Stream 2. The German side stressed that the gas pipeline does not pose a threat to Ukraine, since the transit of Russian gas to Europe continues through its territory. At the same time, the government stressed that the position on this project does not affect Berlin's policy towards Russia.

On November 23, the US Treasury imposed sanctions against the Transadria company and the Marlin vessel associated with the construction of Nord Stream 2. Restrictive measures were introduced on the basis of the American law “On the protection of energy security in Europe.”