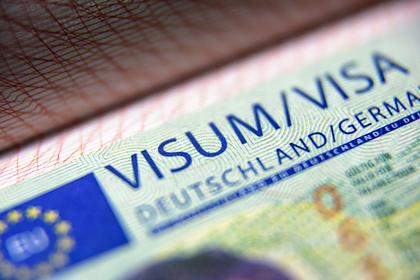 Coordinator of the Cabinet of Ministers of the Federal Republic of Germany for intersocial cooperation with the Russian Federation and Bundestag deputy from the Socialist Party (SPD) Johan Zaathof told the Izvestia newspaper that for such a step Berlin needs consultations with the European Union. “I am glad that we were able to include in the coalition agreement the requirement for a visa-free regime for young people from Russia,” the politician said.

He added that he personally supported this initiative, which, in his opinion, is aimed at bringing people together. “We will also talk about what the EU can do to intensify contacts with Russian society, especially during periods when civil society organizations are threatened with a ban on functioning,” Zaathof said.

Earlier it became known that the Prosecutor General's Office of the Russian Federation recognized as undesirable three German NGOs operating in Russia. For “a threat to the foundations of the constitutional order and security of the Russian Federation”, branches of the organizations Deutsch-Russischer Austausch (“German-Russian Exchange”), Zentrum Liberale Moderne (“Center for Liberal Modernity”) and Forum Russischsprachiger Europäer e.V. (“Forum of Russian-speaking Europeans”).