Kommersant: 4 generals and 3 colonels of the Russian Guard were suspected of fraud for 192 million rubles 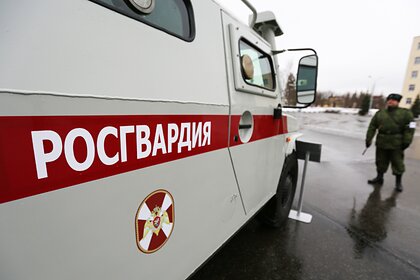 The main military prosecutor's office suspected four generals and three colonels of the Russian Guard of fraud related to the introduction of the information system (IS) “Real Estate” in the structure of the internal troops of the Ministry of Internal Affairs and the National Guard. Despite the 192 million rubles spent on it, the system did not work. Kommersant writes about this with reference to sources in law enforcement agencies.

The reason for the large-scale check of the military prosecutors was the materials collected by the staff of the own security service of the Russian Guard itself. The auditors and prosecutors were interested in the details of attempts to introduce the Real Estate information system in the internal troops of the Ministry of Internal Affairs in 2012–2016, which was supposed to unite all objects of the department in a single register. Within the framework of the project, five government contracts were concluded, according to which the IP was supposed to earn by 2016.

By this time, on the basis of the internal troops of the Ministry of Internal Affairs, the Russian Guard was created. However, as the officers of her own security service found out, IS “Real Estate” existed only on paper, and it is not possible to download it and start working with it. However, almost two hundred million rubles allocated for its creation from the budget were fully utilized. At the same time, according to the very first preliminary estimates of the inspectors, only the overestimation of the price of the work performed for the system that did not work was about 90 million rubles.

As it turned out later, in 2017, a number of high-ranking officials of the Russian Guard signed fictitious acts on the commissioning of the Nedvizhimost IS, which had not yet been put into operation. The former head of the Rosgvardia's main communications department, Lieutenant-General Aleksey Belyakov, his deputy Major-General Alexander Vyrodov, and the head of the Rosgvardia's construction department, Lieutenant-General Valery Duginov, were suspected of possible abuse of office, which entailed grave consequences.

Several more former heads of the main center of the automated control system of the internal troops and the National Guard were suspected of especially large-scale fraud. Among them are Major General, Deputy Head of the Main Directorate of Communications of the Rosgvardia Andrei Kozlov, as well as three officers with the rank of Colonel.

Based on the results of the check, materials for initiating a criminal case on embezzlement and abuse were sent to the Main Military Investigation Department of the Investigative Committee Russia (TFR).

Earlier, the former deputy head of the financial and economic department (FED) of the Russian Guard, Colonel Nikolai Kopytov, was suspected of taking bribes worth 10 million rubles and was arrested. According to the investigation, two years ago Kopytov received money and a coffee machine from representatives of the Spetsshveisnab company (OOO SShS), which supplied the uniform for the Russian Guard, for concluding additional contracts for almost two billion rubles.