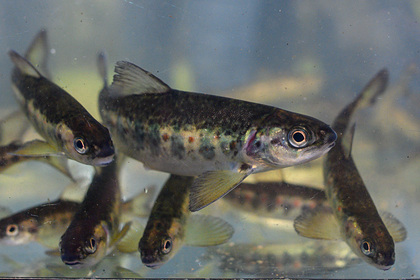 Chinese scientists from Tianjin University decided to replace the plastic with salmon semen. The researchers have created an environmentally friendly analogue of the material based on the DNA of fish, writes Euronews.

The specialists combined short strands of DNA from fish sperm with a chemical made from vegetable oil to create a gel-like substance that can be shaped into any shape. To solidify, moisture was removed from the material by drying in a vacuum environment.

The researchers noted that the new plastic is easy to manufacture, and its production emits 97 percent less emissions into the atmosphere than the traditional one. Moreover, it can be easily and repeatedly recycled. To do this, it is enough to immerse the product in water – it will again become a recyclable hydrogel.

Scientists propose to use such plastic to produce packaging for equipment and other things that must be stored in a dry place. In addition, agricultural waste, algae and bacteria can become the raw material for the environmentally friendly material.

Previously, Spanish researchers produced plastic packaging from tomato peels, which were created from tomato peels in food enterprises. Such material is not inferior to traditional material in strength, but disappears from the surface of the Earth much faster.