Allianz economist: stagflation could lead the US to a 1970s crisis 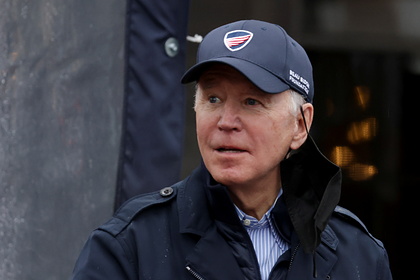 US President Joe Biden may repeat the mistakes of one of his predecessors – 39th President Jimmy Carter – in the fight against the economic crisis. This was stated by the chief economic adviser of the international insurance company Allianz Mohammed El-Erian on the air of the Fox News TV channel.

The new omicron strain of the coronavirus is causing concern in the markets, El-Erian said. It could add to record high inflationary pressures and drive the US economy into 1970s stagflation. “We travel less. We go to restaurants less, and we have additional restrictions and rules, ”said the economist. American markets are concerned that all of these circumstances will lead to increased inflation and exacerbated problems with global supply chains. “The combination of these two things, low [economic] growth and high inflation, is stagflation, and this is what the market is worried about right now,” he said.

The economist recalled that Jimmy Carter, who served as President of the United States from 1977 to 1981, struggled to combat stagflation in the 1970s. At the time, it was driven by higher energy prices due to the Arab oil embargo, declining economic growth and rising unemployment. Economic problems and the lack of their solutions negatively affected the political career of the then president, who could not hold out for more than one term, El-Erian said. He also called on the chairman of the Board of Governors of the Federal Reserve System (FRS) Jerome Powell to avoid past mistakes and make inflation containment the main goal of the department. Earlier, Biden announced his intention to keep Powell in office for another term after the end of his term in February 2022.

“I think the time has come for a change in Fed policy,” said the Allianz economist. In his opinion, inflation is not temporary, and it is important for the FRS to realize this. “The worst that can happen – in addition to supply disruptions that the Fed can't do anything about and labor shortages – are unrealistic expectations that will change our economic behavior even faster,” he said.

Inflation in the US has broken a record since 1990, while being above all analysts' forecasts. This has been driven by high prices for energy, housing, food and vehicles. In turn, confidence in the future of American companies has reached a minimum. The entrepreneurs explained that it was the growing costs of production and wages, due to which they lose profits.