An emergency warning was announced in Sochi due to tornadoes 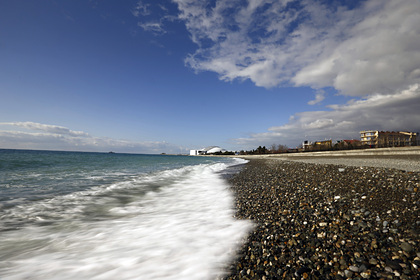 From November 30 to December 2, forecasters predict heavy showers, thunderstorms and rising water levels in rivers. This was reported on the website of the Main Directorate of EMERCOM of Russia for the Krasnodar Territory.

Also, according to the Specialized Center for Hydrometeorology and Environmental Monitoring of the Black and Azov Seas, on November 30, December 1, at night and in the morning of December 2 at the Magri site – Hilarious tornadoes can form over the Black Sea.

“If you are on the street, beware of torn electrical wires, tall buildings and trees, masts, billboards, fences. To protect against flying debris and glass fragments, use sheets of plywood, cardboard and plastic boxes, and other improvised means, “the ministry said.

Earlier in November, the scientific director of the Hydrometeorological Center of Russia Roman Vilfand predicted an offensive unfavorable weather with heavy precipitation and wind. According to him, bad weather is expected on the Black Sea coast. Forecasters promise winds up to 28 meters per second in the mountains, showers are expected in Sochi and Tuapse.