WHO: letters “nude” and “xi” in the names of coronavirus strains have been omitted to avoid shortcuts 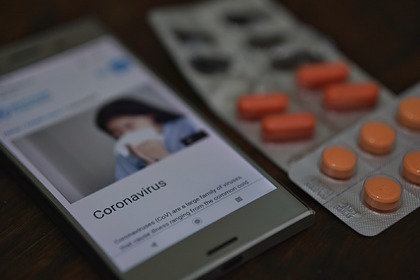 letters of the Greek alphabet when naming a new strain of coronavirus. As explained by the WHO spokesman Margaret Harris, from “nude” and “xi” were abandoned to avoid labels, so the variation was named omicron, writes The New York Post.

So, the letter “nu” is omitted from- for its consonance with the English word “new” (new – “new”). It was decided to omit “Xi” due to the fact that in the English spelling it is identical to the surname Xi. This could cause undesirable associations with the leader of the People's Republic of China Xi Jinping.

“As far as 'nu' is concerned, people might mistakenly think that this is a new version, rather than a name. “Xi” is a common surname. We agreed on naming rules to avoid the use of geographical names, names of people, animals, in order to avoid labels, “- explained Margaret Harris.

A new strain of coronavirus code B.1.1.529 was identified in South Africa on November 11 … The first confirmed cases of infection date from November 24. The strain was named with the Greek letter “omicron” and has already managed to recognize its danger at the level of the World Health Organization.