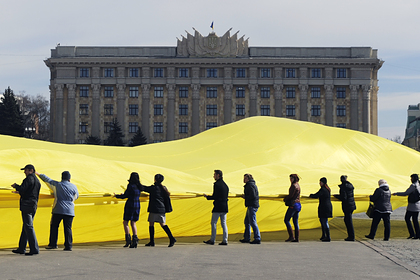 Refusal to fulfill the Minsk agreements will lead to further fragmentation of Ukraine and the loss of new regions. Such a future for the country was predicted by journalist Vladimir Skachko on the air of the Topinform channel.

He believes that first, Donetsk and Lugansk regions will completely break away from Ukraine, including those areas that are now under the control of Kiev, and then “the path of Crimea and Donbass “will be repeated by other regions of the southeast of the country.

Skachko also expressed the opinion that Moscow will never abandon the Minsk agreements, since only they” keep Ukraine from becoming anti-Russia. ” p>

Earlier in November, Russian President Vladimir Putin, in a telephone conversation with Italian Prime Minister Mario Draghi, accused Kiev of provocations in Donbass. He stressed that Ukraine refuses to fulfill the Minsk agreements and the agreements of the “Normandy Four” and continues to use prohibited weapons in the region.