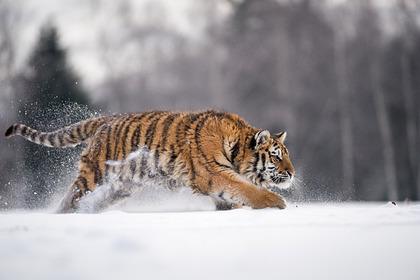 RIA Novosti informs about it.

“Nine thousand kilometers of Russia behind the back” What are the secrets hides Vladivostok and why should a tourist go here 00:01 – 10 March

fishing and ended up in prison

According to the regional Department of the Ministry of Internal Affairs of Russia, the police received information that a carcass of a wild animal was found in a forest 30 kilometers from the village of Glubinnoye, Krasnoarmeisky district of Primorye. Presumably, a male tiger was killed with a firearm.

As a result of the inspection of the scene by the police, a forensic veterinary and ballistic examination was ordered. A criminal case has been initiated on the fact of the murder of an animal in the Red Book. The identity of the killed tiger is established.

The Amur or Ussuri tiger is the largest tiger in the world, it belongs to endangered species of animals and is listed in the Red Book of the International Union for Conservation of Nature and in the Red Book of the Russian Federation. According to experts, as of the fall of 2021, the total number of these predators in Russia slightly exceeds 600 individuals. The animal is depicted on the flag and coat of arms of the Primorsky Territory.

Earlier it was reported that in Primorye, experts rescued a three-month-old Amur tiger trapped in a trap. The Red Book animal hit it with the claw of its front paw and could not get out on its own.