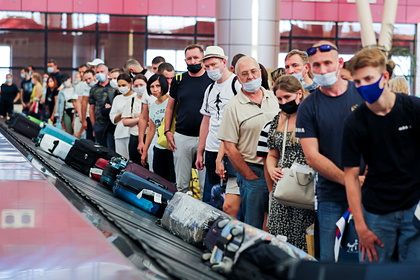 A Russian woman who rested in Sharm El Sheikh complained of torment -for many hours of queues at the airport. The girl's impressions are published by the portal “Subtleties of Tourism” on the Yandex.Zen platform.

As the traveler said, a ticket to an Egyptian resort cost her 90 thousand rubles. The price included accommodation in a five-star hotel for two for a week. The author of the post was delighted with the hotel: she noted the well-groomed area, as well as the variety of restaurants and swimming pools.

However, the tourist admitted that all the positive impressions about the vacation were spoiled by the situation before the return flight, which she described with the phrase “a mess of of people”. According to her, the airport staff deliberately “mock” the Russians in order to “cut down” more money.

The traveler noted that there are only two windows to cross the border, which makes it impossible to ensure social distance. “Further, the premises become smaller, the flow is denser, people are even more dissatisfied!” – she clarified.

The Russian woman also added that the purchase of Fast Track for speedy passage of security does not solve the problem, since it only acts for the frame at the entrance to the building, passport control still has to go through with everyone.

Earlier in November, the leader of the Green Alternative party Ruslan Khvostov called on Russian Foreign Minister Sergei Lavrov to ban flights with Egypt because of the “bestial” attitude towards Russian tourists. According to him, passengers have to go through check-in and screening for several hours without amenities, and they are also not provided with water, food, extra seats.