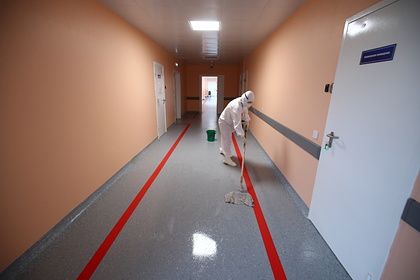 Russian vaccine Sputnik V may form a slightly stronger immunity to the new omicron strain compared to other drugs, Ancha Baranova, professor at the School of Systems Biology at George Mason University (Virginia), Doctor of Biological Sciences, Ancha Baranova, said in an interview with TASS.

“Pfizer is already made a statement that within two weeks it will conduct experiments to neutralize [the strain] and will announce how much this virus interacts with antibodies, “- said the biologist, adding that the data will apply to all other vaccines that use full-sized antigen.

According to her, the data provided by Pfizer will be approximately relevant for Sputnik. “Sputnik may be doing a little better, by some percentage,” Baranova said, noting that adenovirus vaccines, in principle, create a wider range of immune responses than mRNA vaccines.

The specialist also expressed her opinion that the current drugs for coronavirus are more likely to be less effective against the new strain. “These data are likely to be relevant to Sputnik too,” she said, adding that the genes of all vaccines are approximately the same.

Earlier, Georgy Vikulov, director of the Research Center for the Prevention and Treatment of Viral Infections, predicted the timing the emergence of a new omicron strain of coronavirus in Russia. According to him, due to the fact that air flights are closed only on November 28, the virus has a loophole. “Even, roughly speaking, one side is enough, and it can penetrate our country,” he said.