Deputy Representative of the Russian Federation to the UN Polyansky: “Summit for Democracy” may cause disagreement 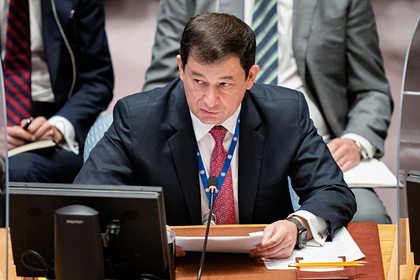 The Summit for Democracy, “organized by the United States, could undermine the UN and cause new divisions and problems. He expressed this opinion on his Twitter account.

“The planned so-called Summit for Democracy is a regrettable initiative that could undermine the UN and cause new divisions and problems,” the Russian diplomat wrote. p>

According to him, history teaches that when some countries are lenient towards others and try to instruct them, “nothing good comes of it.”

Earlier, the National Interest published a joint article on donkeys Russia and China, Anatoly Antonov and Qin Gan, which said that Moscow and Beijing resolutely reject the idea of ​​an international “Summit for Democracy”, which will be held in December at the initiative of the United States. The article emphasizes that holding such an event will cause an ideological confrontation that is contrary to the development of the modern world.

On November 24, the US Department of State invited 110 countries to the Summit for Democracy, which will be held by videoconference on December 9-10 and territories. At the same time, Russia, China, Turkey, Saudi Arabia and a number of other countries, including the traditional allies of the United States, are absent from the list of invitees.