People's Artist of Russia, singer and composer Alexander Gradsky died at the age of 72 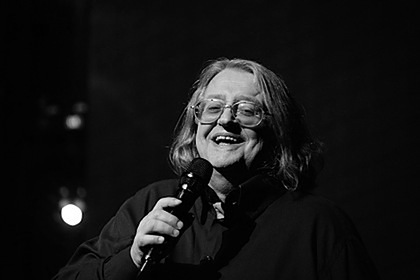 People's Artist of Russia, singer and composer Alexander Gradsky died in Moscow at the age of 72, Telegram channel 112 reported.

On Friday, November 26, Gradsky asked his relatives to help him get to the bathroom. At that moment he felt bad – the musician lost consciousness and did not come to his senses for an hour. Doctors took the musician to the hospital with suspected stroke. It is reported that the coronavirus infection he suffered in September led to a deterioration in his health. He complained of constant pain in his legs and practically did not get up.

According to Channel Five, doctors have been desperately fighting for the singer's life for the last 12 hours, but they could not save him. Gradsky died at about 2 am in the hospital.

The composer was born on November 3, 1949 in the city of Kopeisk, Chelyabinsk Region. In 1974 he graduated from the Gnesins' Musical Pedagogical Institute (now the Russian Academy of Music), majoring in vocal. From 1975 to 1976 he studied composition at the Moscow Conservatory (class of Tikhon Khrennikov). Since the 1970s, the artist has been pursuing a solo career, and has taken part in a large number of various musical projects. On his account there are more than four dozen recorded albums.

Gradsky's colleagues about the work of the composer

Information about the death of the musician was confirmed by Channel One “, And also expressed condolences to his family, friends and all who will love the work of Alexander Borisovich.

Singer Vika Tsyganova wrote a post on her Instagram dedicated to the people's artist. She called Gradsky the last of the era of conscience, professionalism and soul.

What a loss! Alexander, dear, how can that be. It is unrealistic to believe. The last from the era of conscience, professionalism, the last from the era of the soul. I thank you for the blessing you have given me. Thank you very much, human, for your mighty talent, personal dignity, for the warmth of your kind instructions! You are my best mentor

Russian singer Dima Bilan, who performed drunk at a wedding in Kazakhstan, explained the incident by the fact that he was very tired, since he had not slept for three days. He noted that his experiences were associated with the condition of Alexander Gradsky, who was admitted to the hospital, who was in serious condition. The artist noted that he took this news to heart and burst into tears after the concert.

The participant of the “Voice” project from Novosibirsk Elizaveta Sharipova, in turn, admitted that the death of her mentor in the TV project was a real shock for her. According to her, like all the participants, she saw how bad Gradsky was feeling, but hoped for the best.

May the earth rest in peace to him. I didn't talk much with Alexander Borisovich, but I saw that he often gives artists the necessary advice, notices the subtleties and immediately sees talent. Yes, we didn't always get along with him, but I respected him anyway. I thought he would get out