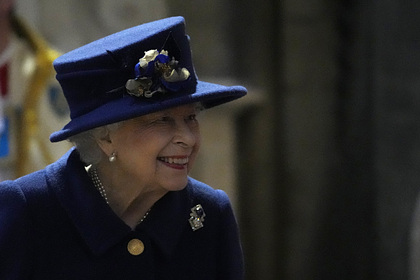 Journalist Jonathan Scaredoti in an interview with Us Weekly can speak in person by phone with Queen Elizabeth II of Great Britain. According to him, she only answers calls from two contacts.

So, the head of the British monarchy is talking on a cell phone with his daughter, Princess Anne, and personal race manager John Warren, who is also the son-in-law of a close friend of the Queen.

“She also apparently has a mobile phone that is said to be a Samsung model and is equipped with MI6 anti-hacker encryption so that no one can hack her phone,” Scaredoti said. p>

He also suggested that Elizabeth II has an account on the social network Facebook, which has long been rumored. The journalist marveled at the 95-year-old queen's embrace of modern technology and recalled that in the midst of the coronavirus pandemic, she hosted visitors via video conferencing on Zoom.

However, since members of the royal family have yet to confirm reports of her purported pages on social networks, the expert can only assume the presence of the head of the British monarchy on the Internet.

Earlier, Elizabeth II attended the baptism of her two great-grandchildren in Windsor. The ceremony was held with the participation of a narrow circle of people. It was arranged for the son of Princess Eugenie Augustus Philippe and the son of Zara Tyndall Lucas Philippe. Elizabeth II came to the ceremony, despite her health problems: she had previously pulled her back, but the doctors allowed her to take part in the christening.