In Latvia, with the help of the Russian consulate, activists erected a monument to the soldiers of the Red Army 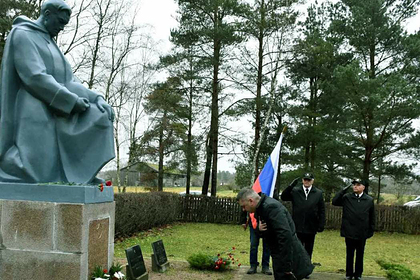 in the fight against the German fascist invaders. This was reported on November 28 by “Sputnik Latvia”.

According to the newspaper, local activists Yevgeny and Elena Osipovs have been trying to achieve this for three years. Soon they promised to tell the details about the installation of the monument. They were assisted by the Russian Consulate General.

In November, the Latvian parliament supported a bill banning the use of St. George's ribbons during public events. The ban will apply to entertainment and festive events, meetings, processions and pickets.

Last year, the President of Latvia, Egil Levits, reproached the citizens of the country celebrating May 9 for lack of patriotism. He called this date the day when for the Baltic states “one occupation power changed another”.