Latvian Prime Minister: The EU and NATO must signal the consequences of the escalation in Ukraine to Russia 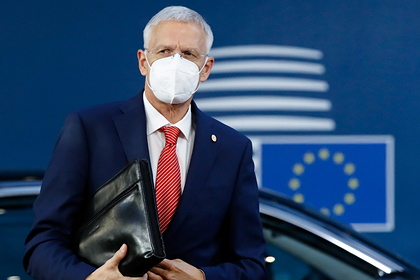 Latvian Prime Minister Krisjanis Karins called on the European Union ( EU) and NATO to send a signal to Russia about the consequences of the escalation on the border with Ukraine. He stated this after a meeting with European Commission President Ursula von der Leyen and Alliance Secretary General Jens Stoltenberg, RIA Novosti reports.

According to him, it is important that the European Union and NATO monitor the situation on the Ukrainian border escalations made it clear to Russia that “very clear consequences” of its actions are expected.

Earlier, the press secretary of the Russian President Dmitry Peskov said that Russia was not going to attack anyone. Peskov, commenting on the statement of the head of Ukraine, Volodymyr Zelensky, that Russian leader Vladimir Putin should give guarantees of non-aggression against Ukraine, noted the absolute groundlessness of allegations of aggressive behavior or intentions of Moscow. He stressed that Russia has not prepared, is not preparing and will not prepare any offensive against anyone. “Russia is an absolutely peace-loving country that is interested in good relations with its neighbors,” Peskov said.

On November 26, Zelensky expressed concern about Moscow's rhetoric against Kiev and NATO and asked Vladimir Putin to refute the preparation of troops for invasion of Ukraine. He also said that today the situation on the border between Russia and Ukraine is no worse than in spring.