In schools of Chechnya, during Russian history lessons, they began to study a book about Akhmat Kadyrov 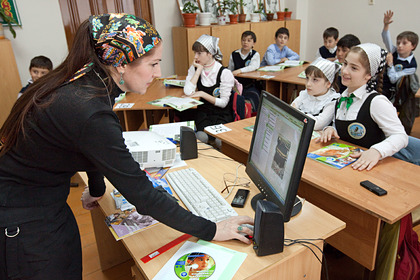 In schools of the Chechen Republic, they began to study a book about the first president of the region -Khadzhi Kadyrov, the Grozny State Television and Radio Broadcasting Company reports on its Instagram.

It is reported that the textbook entitled “The Path Illuminated by Light” was published a year ago, and it began to be studied in schools in September 2021. According to the TV channel, the book tells about the life and activities of Kadyrov as head of the republic's administration, his work, political views and achievements.

“An important part of the book is devoted to the story of how the most important dream of Akhmat-Khadzhi Kadyrov came true – to protect your people from troubles and wars, ”emphasizes the ChGTRK. The book is included in the main program for the study of the history of Russia in grades 9 and 11.

It is noted that the initiator of the book was the head of the Department of Economic Security and Anti-Corruption of the Ministry of Internal Affairs in Chechnya Amrudi Edilov.