Fighter Shlemenko on the defeat of Emelianenko at the AMC Fight NIghts 106 tournament: you need to drink less 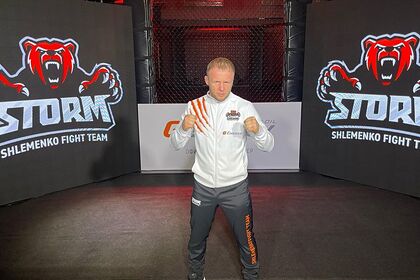 The athlete noted that he did not expect the victory of the Russian rival in the first round. “Once again, the words that it is necessary to drink less were confirmed. What else can I add. Unfortunately, we see how Alexander Emelianenko turns from a wonderful and gifted fighter into such … A fighter who can be passed like this, “he added.

Shlemenko also assessed the likelihood of a rematch between Emelianenko and Santos. He noted that the fight was made so that Magomed Ismailov would fight the Brazilian in March.

The Russian mixed style fighter lost in the main match of the AMC Fight NIghts 106 tournament in Syktyvkar. The fight ended ahead of schedule in the first round. Santos managed to use a chokehold and force Emelianenko to surrender. Thus, Emelianenko suffers the ninth defeat in his professional career.

After the defeat, the athlete asked his opponent for revenge and received consent. Santos also challenged Magomed Ismailov to a fight.