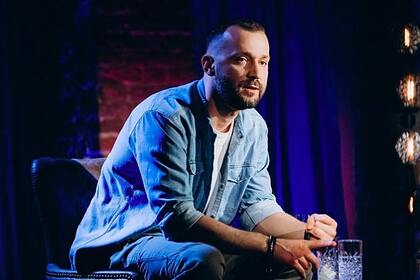 Comedian Ruslan Bely announced that some list of unwanted artists “because of their political jokes. He spoke about this in the podcast “Bukharog Live”.

According to Bely, six months ago, the cancellations of his concerts began. “The manager and I put on five test concerts for the fall, took different venues in several cities. As a result, three out of five were canceled. Two – under the motto “Ruslan Bely – it is not possible” “, – said the comedian.

A possible reason for the cancellation, he called his jokes about politics. “There must be some lists of unwanted artists. I think it was all after my YouTube videos started, ”he said. The artist noted that this is not official information, and he is transmitting “behind the scenes conversations.”

Earlier on November 25, the Gipsy club suspended ticket sales for the Morgenstern concert scheduled for November 26. On the same day, it became known that Morgenstern left for the UAE amid accusations by the head of the Investigative Committee of Russia, Alexander Bastrykin, that the artist was selling drugs on social networks. The musician's lawyer Sergei Zhorin said he was afraid of pressure from law enforcement officers on his client after Bastrykin's speech.