Immunologist Kryuchkov: omicron-strain COVID-19 will cause a strong wave of morbidity in Russia 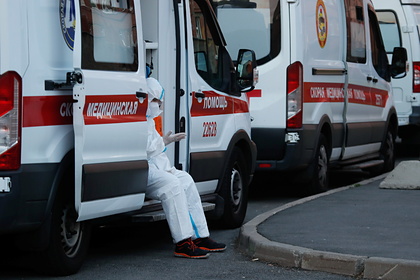 Omicron-strain of coronavirus in Russia which will be stronger than the delta variant of COVID-19. This was stated in an interview with Ura.ru by the General Director of Clinical Excellence Group, Candidate of Medical Sciences, immunologist Nikolai Kryuchkov.

Kryuchkov noted that the absolute number of deaths from the disease will be large, especially in Russia, where many people without immunity. He also stressed that the new strain has appeared in countries where the percentage of vaccinations in the population is low. In addition, the specialist criticized the statements of anti-vaccines that the emergence of omicron was a consequence of the adaptation of the virus to vaccines. The infectious disease specialist explained that the new variant testifies to exactly the opposite thing, since it rather became an adaptation of the coronavirus to specific immunity after a disease, rather than after a vaccine.

Previously, the World Health Organization (WHO) assessed the effectiveness of vaccines against omicron – strain of coronavirus. The existing drugs are effective against the new COVID-19 variant, according to an international organization. At the same time, there is not enough information for statements that the omicron is more dangerous than the delta strain of the virus, the WHO stressed. The organization also noted that it is still not clear whether this strain is more transmissible, whether it leads to a more severe course of the disease and whether its symptoms differ from other known variants of the disease.