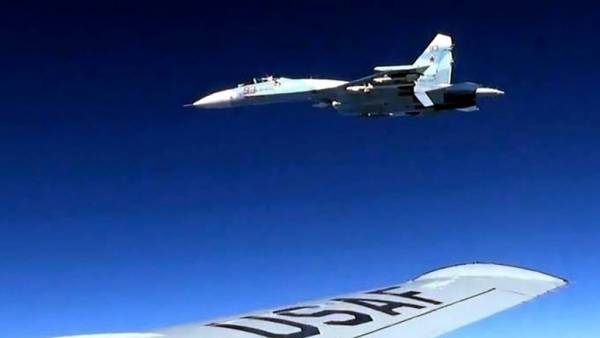 Earlier, Karen Donfried, Assistant Secretary of State for & nbsp; European and Eurasian Affairs, noted that & nbsp; Washington “ is very serious about & nbsp; unusual military movements on the & nbsp; Russian border with & nbsp; Ukraine. '' According to & nbsp; she said, at the upcoming meeting of NATO foreign ministers in Riga on November 30 & nbsp; the American side intends to discuss possible joint steps with the & nbsp; purpose of reducing tensions. Donfried noted that & nbsp; for this & nbsp; there is a set of tools that & nbsp; includes a wide range of possibilities.

On the one hand, according to & nbsp; information from sources in The Wall Street Journal, the United States is considering the possibility of strengthening the defense capabilities of Ukraine for & nbsp; by increasing the supply of air defense and & nbsp; other military assistance, as well as expanding anti-Russian sanctions. Another plausible scenario is that the US will take the “ more assertive '' position on the observance of the Minsk agreements.

At & nbsp; but & nbsp; the same time, it is not excluded that & nbsp; Washington will go along the & nbsp; path of “ reducing the risk of confrontation with & nbsp; Moscow, '' the newspaper notes. For these purposes, the United States can limit military exercises in & nbsp; Europe, and & nbsp; also suspend the supply of military aid to Ukraine.

NATO Secretary General Jens Stoltenberg said on & nbsp; Friday that & nbsp; NATO foreign ministers will discuss at a & nbsp; meeting in & nbsp; Riga 'concentration of Russian forces' at & nbsp; border with & nbsp; Ukraine. In & nbsp; recently, in the & nbsp; West and & nbsp; in & nbsp; Ukraine, statements have been made about & nbsp; a possible Russian invasion of & nbsp; Ukrainian territory. The press secretary of the President of the & nbsp; RF Dmitry Peskov called such information empty and & nbsp; groundless escalation of tension, stressing that & nbsp; Russia nor & nbsp; for & nbsp; anyone not & nbsp; is a threat. While & nbsp; this he & nbsp; did not & nbsp; ruled out the possibility of provocations to justify such statements, and & nbsp; warned that & nbsp; attempts to resolve the crisis in & nbsp; southeast Ukraine would have the most serious consequences.