Virologist Chepurnov: the omicron strain is very different from the Wuhan COVID-19 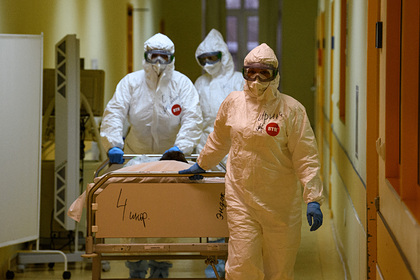 The recently discovered strain “COVID-19” , is very different from its Wuhan ancestor. Alexander Chepurnov, head of the laboratory for especially dangerous infections of the Federal Research Center for Fundamental and Translational Medicine, spoke about the danger of the new strain in an interview with “360”.

The specialist noted that now practically nothing is known about the new mutation of the virus. “The sampling is in different countries, that is, [scientists] periodically take samples of the virus and sequenced them entirely in order to understand in which direction the process of genetic changes is going. Therefore, from time to time, science becomes aware of such variations that have more or less changes, “the virologist explained.

According to him, when studying the omicron strain, scientists have identified significant changes in many important areas that form the immunological portrait of coronavirus … This may indicate that such areas may remain “invisible” to antibodies that have developed after illness or vaccination.

Chepurnov explained that the S-protein can be represented in the form of a club, in which one side is covered with thorns, and the other is smooth. Each of these spines represents a separate portrait – a squirrel configuration that differs from the rest. Several immune B-cells appear against each of them, which form antibodies against a specific configuration of the protein.

“If one of them has changed, it's okay, because there are many others. But when a dozen have changed, this is worse, which happened before, ”the specialist added, pointing out that in the case of the omicron strain, 32 such changes were identified. He noted that scientists still find it difficult to say how this circumstance will affect the behavior of the disease – it is likely that after a while it will be suppressed by new mutations.

Earlier, the virologist, professor of the Gamaleya Center Anatoly Altstein spoke about the timing of the appearance in Russia of a new strain of COVID-19. The expert admitted that the omicron strain of the coronavirus will come to the country in the coming months. At the same time, he noted that the new variant of the virus has not yet been studied, since it was discovered only on November 11.