Rezo Nowdes: Frenchman Alain Sauval was kidnapped by unknown persons in the capital of Haiti, Port-au-Prince 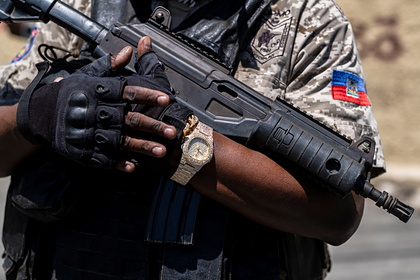 In the capital of Haiti, Port-au-Prince, unknown armed men kidnapped French citizen Alain Sauval, head of the capital's University of Quiscay. The local newspaper Rezo Nowdes writes about this.

The Frenchman was kidnapped when he was returning home in his car, accompanied by a student from the University of Quisquia. They were redirected to an unknown location.

The kidnappers' claims are not yet known: they have not contacted the Soval family. The university has asked the police to ensure safety in the city.

Earlier, the Haitian gang 400 Mawozo kidnapped 17 Christian missionaries from Canada and the United States. They were taken hostage as they boarded a bus outside a shelter in the Haitian capital, Port-au-Prince. Later, the head of the gang threatened to kill the kidnapped missionaries if he was not paid the required ransom of one million US dollars.