On her birthday, Yulia Tymoshenko was photographed in the company of Zaporizhzhya workers 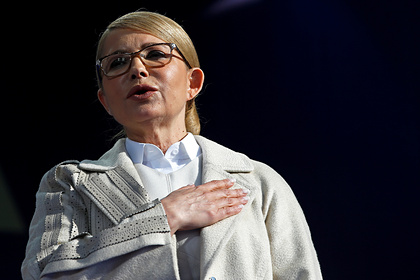 Ukrainian politician Yulia Tymoshenko found herself in the company of Zaporizhzhya workers on her birthday. The politician posted a photo in a helmet on her personal page on the social network Instagram and delighted subscribers.

The leader of the large Ukrainian political party Batkivshchyna celebrates his 61st birthday on November 27. Tymoshenko preferred to spend the holiday in the circle of Zaporozhye workers. In the published photograph, Tymoshenko stands in a white helmet and listens with an attentive face to the explanations of one of the men in overalls. “I ate in a helmet!” She signed the photo.

Reacting to the photo, subscribers began to discuss the publication: some expressed admiration and congratulated Tymoshenko, while others greeted the photo with irony. “And in a fairy tale. The further, the worse, “- wrote one of the commentators, paraphrasing the signature to the post.

The politician has been on a working trip to Zaporozhye since November 26. She has already visited the regional center for reproductive health. There Tymoshenko discussed the problem of the decline in the population of Ukraine.

Earlier, Tymoshenko said that Ukraine was “practically brought to its knees.” This is how the politician described the situation with the energy crisis in the country.