Ministry of Emergencies: as a result of an emergency in the Kuzbass mine “Listvyazhnaya” 15 mine rescuers were hospitalized 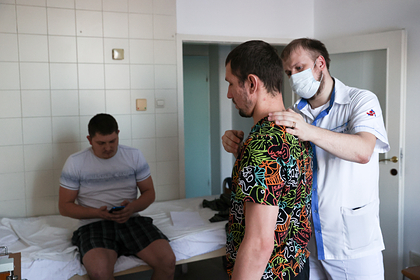 mine rescuers increased to 15. This was announced by the head of the Novokuznetsk paramilitary mine rescue detachment of the EMERCOM of Russia Alexander Apalkov, RIA Novosti reports.

“People were declared dead in advance” The tragedy at the Listvyazhnaya mine is not the first. Why do hundreds of miners die in Kuzbass?

Apalkov said that those injured during the search and rescue operation are in a hospital. “Everyone has carbon monoxide poisoning,” he said at a meeting with the families of the dead mine rescuers.

The squad leader clarified that all rescuers followed the same route during the search for the missing miners. “There were 32 people in total on this route. Five of them died, 15 were injured, “Apalkov said.

Earlier, Alexander Agalaryan, deputy chief physician of the Kuzbass clinical center for the health of miners, spoke about the condition of the victims after the emergency in the mine. He clarified that the condition of the hospitalized is stable, some of them are planned to be discharged next week.