“Interfax”: explosions thundered at the plant in Dzerzhinsk, two workers were injured 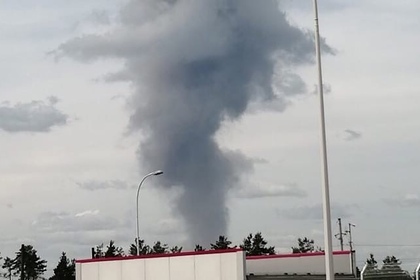 several explosions thundered in the area. This was reported on Saturday, November 27, by Interfax, citing an informed source.

According to preliminary data, a fire started in one of the workshops, at least two workers were injured. According to the interlocutor of the agency, they have already been evacuated and handed over to doctors.

According to the Telegram channel Ni Mash, a black column of smoke is streaming from the territory of the Sverdlov plant. Operational services arrived at the scene, although they are not yet allowed to enter the closed facility. It is clarified that the enterprise, together with the neighboring Kristall, was evacuated.

Plant named after Ya.M. Sverdlova is engaged in the production of industrial explosives, the defense industry, chemical products and mechanical engineering.