Izvestia: the omicron strain is more resistant and may be more infectious than the previous variants of COVID-19 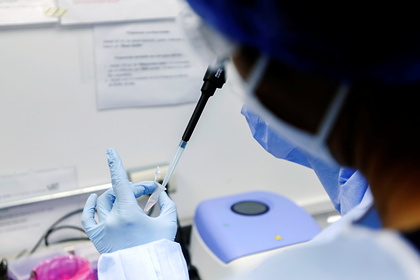 A new strain of coronavirus B.1.1.529, which received the name “omicron”, potentially more persistent and infectious than its predecessors. This assumption was put forward in an interview with Izvestia by Kamil Khafizov, head of the scientific group for the development of new diagnostic methods based on sequencing technologies at the Central Research Institute of Epidemiology of Rospotrebnadzor.

According to him, a distinctive feature of this variant is that it has a large number of mutations in the S-protein gene, which can help the pathogen to avoid the neutralizing effect of antibodies or make it more infectious. In addition, the mutation profile in its genome shows that the potential new strain is also capable of evading antibodies, thus combining the properties of beta and delta strains.

In addition, this variant contains not one, but two mutations in the furin cleavage site – P681H in combination with N679K. “This is the first time that two such mutations have been found in the same strain,” said Khafizov. In his opinion, this suggests that the omicron could arise as a result of a long stay in the body of a patient with a suppressed immune system.

At the same time, it is noted that some of the B.1.1.529 mutations were discovered earlier and studied in other strains, and this allows us to make assumptions about their effect on the virus. However, many experts agree that at the moment there is little reliable information that allows one to draw unambiguous conclusions about the dangers of the omicron.

“32 mutations in the S-protein alone is really a lot. This strain has definitely “mutated” more than “delta”. But bigger is not always better. To what extent the virus has not lost its contagiousness and pathogenicity in fitness (the ability of the virus to survive and multiply under certain conditions. – approx. “Lenta.ru” ), pathogenicity is a big question. Therefore, it is extremely premature to say that this option will be more dangerous than the “delta”, “said Pavel Volchkov, head of the MIPT genomic engineering laboratory.

The first reports of infection with a new strain in South Africa, Botswana and Hong Kong appeared on November 24. Later, those infected with a new variety of COVID-19 were identified in Israel and Belgium. British scientists from University College London suggested that B.1.1.529 would be more resistant to vaccines than the delta variant. Amid reports of the potential danger of the new strain, a number of countries have suspended flights with African countries.