Izvestia: the peak of road accidents in winter falls on the interval from 18:00 to 21:00 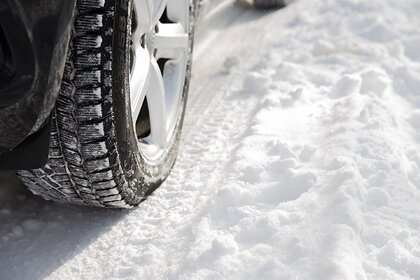 winter time falls between 18:00 and 21:00 due to high workload and poor visibility. This is reported by Izvestia with reference to experts.

“You can't think of anything worse for the correct perception of the road and road users than white snow and twilight,” said master of sports in rally and automobile expert Yegor Vasiliev. According to him, in order to maintain control over the situation and see as much as possible, glasses with yellow filters should be used. He noted that they significantly increase the contrast of the perception of the picture.

The USSR champion in auto racing and the author of numerous books on driving, Mikhail Gorbachev, in turn, advised to check the grip under the wheels. “While driving in a straight line, lightly press the brake pedal, of course, making sure that there is no one behind. If the car bites its nose, then the road is safe, if not, then the car is driving on a slippery road and you need to be more careful, “he said.

In addition, Gorbachev recommended using studded tires in winter. Also, according to him, the less time the drivers spend in the oncoming lane, the safer the maneuver. He stressed that when going out into the oncoming lane, you need to have a speed reserve, and in order to accelerate, you should use an increased distance.

Automobile journalist and off-road driving expert Grigory Aleshin gave advice to drivers whose cars can get stuck in a snowdrift … “You should evaluate what you have under the wheels, whether there is a hook. And if the car does not sit on the bottom, then it is worth trying to get out of the way. This can be done both automatically and mechanically, “he said.

Earlier, Maxim Ryazanov, technical director of the Fresh Auto network of car dealerships, named the best time to install winter tires. According to him, it is recommended to change seasonal tires at an average daily temperature of plus four degrees. He added that according to the Traffic Regulations, summer tires must be replaced with winter ones no later than December 1st. In regions, the date is set depending on weather conditions.