Realtors: the launch of preferential mortgages has led to an increase in demand for budget housing in Russia 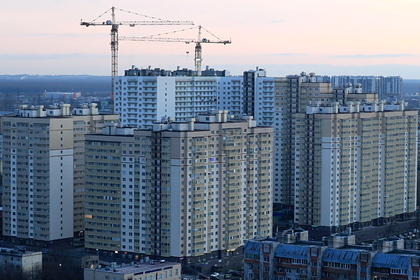 One-room apartments and studios in resort cities of Russia due to the fact that it is actually a ready-made rental business. For themselves, such apartments are bought by those who are looking for affordable housing. The love of Russians for small living space was explained by experts from the Moscow Real Estate Investment Agency (Lenta.ru has the relevant material).

According to experts, the launch of the preferential mortgage program has led to an increase in demand for budget housing, and it was “odnushki” and studios that attracted the most attention of buyers. “If we talk about those who buy for themselves, then inexpensive studios and one-room apartments are interesting lots – the relatively low cost makes the first installment for them the most affordable,” the experts explained.

They believe that in Russia the prospects for small-sized housing are enormous. “This is due to the fact that the population of Russia is aging and decreasing. Many people have large apartments that they do not need, ”said the realtors. In addition, the demand for small-sized housing will grow due to Russia's leading position in the world in divorce rates, they predict. “Having the opportunity to purchase for oneself, albeit small, but separate housing, is a good chance for a person to start living anew outside of marriage,” the experts stated. Small apartments are suitable for young families and newcomers, they concluded.

Previously, the network ridiculed a micro-apartment with a toilet and a kitchen on the balcony, for sale in Barnaul. The Russians pointed out the absurdity of such a layout. Some have questioned its legality.