Match TV: Russia will not appeal the result of Dina Averina at the Olympic Games due to the regulations 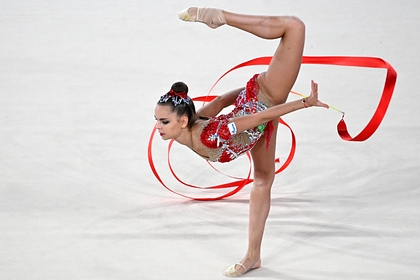 Judgment (CAS) results of the individual all-around in rhythmic gymnastics at the 2021 Olympics. This was reported by Match TV, citing a source.

The reason was a legal error. It is noted that for the proceedings it was necessary to comply with the temporary rules for filing a claim, but Russia did not have time to collect the documents in time.

At the Tokyo Olympics, Russian woman Dina Averina missed the victory in the individual all-around. She was preceded by an Israeli Lina Ashram, who dropped an object during her speech. The failure of the Russian gymnast provoked talk of biased refereeing at the tournament.

President of the All-Russian Rhythmic Gymnastics Federation Irina Viner-Usmanova called refereeing at the Games a complete collapse and shame. It was noted that Russia will challenge the refereeing.