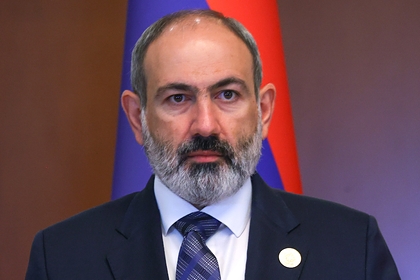 A rally was held in Yerevan demanding the resignation of the Prime Minister Pashinyan and Armenian President Armen Sargsyan. Representatives of the “Liberation Movement” organization demanded to replace the current political leadership of the country. This is reported by Sputnik.

“We call to unite not around us, but around the demands that we have voiced. Let's jointly demand the resignation of these two persons (the President and the Prime Minister of Armenia – comment of Lenta.ru ), ”said the representative of the movement, former chairman of the Chamber of Lawyers Ara Zohrabyan.

Zohrabyan does not conciliatoryly share the policy of Pashinyan and Sargsyan and is convinced that all the “misadventures” of the Armenian people are the result of the retreat of the Armenians from the three fundamental institutions of society: the church, the family and the army. Zohrabyan called on those present to return to the street tomorrow and march towards the Mother See of Echmiadzin (a monastery in the city of Vagharshapat, one of the country's religious centers – comment of Lenta.ru ).

Previously Pashinyan shared his positive attitude following the results of the trilateral meeting in Sochi with the Presidents of Russia and Azerbaijan Vladimir Putin and Ilham Aliyev. “There are no discrepancies on some issues, as it seemed before this meeting,” the Armenian Prime Minister noted.