Governor Tsivilev: a search and rescue operation resumed at the Listvyazhnaya mine 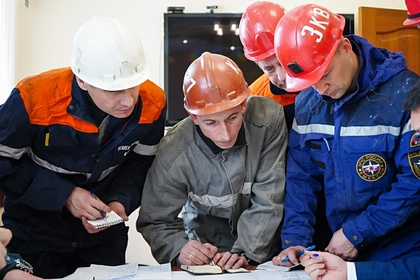 At the Listvyazhnaya mine in Kuzbass gas, resumed prospecting. Acting head of the Ministry of Emergency Situations Alexander Chupriyan and Governor of the Kemerovo Region Sergei Tsivilev spoke about the beginning of the operation, TASS reports.

According to the authorities, there is no fire in the mine, which will facilitate the conduct of the search operation. “We have resumed the search and rescue operation. The first section went to the mine, but we do not know what is there. Now our task is not to lose a single person again, we no longer have the right to do this, “Tsivilev said.

The Emergencies Ministry noted that they did not abandon the idea of ​​cooling the mine by drilling a hole to the explosion site. Such a measure should speed up the process of finding miners. The Governor stressed that at the moment a decrease in the concentration of methane has been noticed in the mine.

The incident at the mine became known early on Thursday morning, November 25. According to the latest data, 51 people died as a result of the emergency, 63 were injured. Deputy Prosecutor General of Russia Dmitry Demeshin considered the explosion of methane gas due to the spark that caused the deaths.