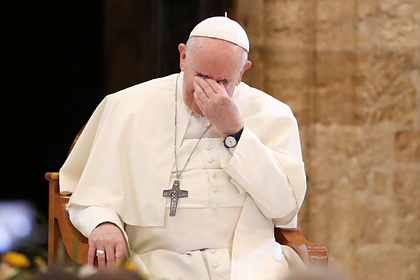 the Listvyazhnaya mine in the Kemerovo region, RIA Novosti reports with reference to the Holy See's press service.

“With sadness upon learning of the tragic explosion at a mine in Siberia, Pope Francis expresses his condolences to you and the Russian people. He assures of his prayers for everyone who died and for those who mourn the loss, ”the telegram that Vatican Secretary of State Cardinal Pietro Parolin sent to Russian President Vladimir Putin underlines. In addition, the pontiff appeals to “strength and peace” for the participants in the restoration work in the mine.

Earlier, the head of Kuzbass Sergei Tsivilev assessed the force of the explosion in the Listvyazhnaya mine. He was very strong and disabled all systems. According to Tsivilev, the mine rescuers arrived at Listvyazhnaya half an hour after the explosion.

Methane explosions at the Listvyazhnaya mine took place on the morning of November 25. As a result of the accident 51 people died, 63 were injured. Among the dead were miners and rescuers who went in search of people. A criminal case was initiated: five suspects, including the director of the mine, were arrested for two months. According to the Acting Head of the Emergencies Ministry Alexander Chupriyan, the rescuers died due to a sharp increase in the concentration of carbon monoxide.