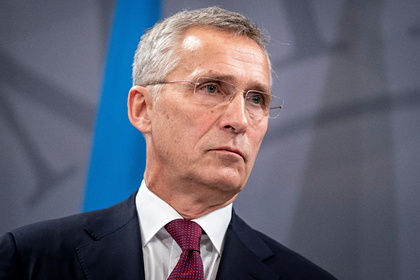 NATO Secretary General Jens Stoltenberg called on Russia to reduce tensions on the border with Ukraine and noted that the alliance is open for dialogue with Moscow. This is reported by the German edition Welt.

According to him, NATO continues to monitor the situation on the Ukrainian border and support Kiev, “so that the country can defend itself from aggression.” At the same time, Stoltenberg noted that he does not consider information about the accumulation of Russian troops near the border to be a bluff.

Earlier, the NATO Secretary General refused to support Kiev in case of war. He drew attention to the fact that the collective defense of the North Atlantic Alliance does not extend to Ukraine. According to Stoltenberg, NATO is already providing sufficient assistance to the country in other ways. This is expressed both in the political and in the military plane.

On November 22, the head of the Main Intelligence Directorate of the Ministry of Defense of Ukraine Kirill Budanov said that Russia was preparing to attack Ukraine and was pulling troops to the border. Soon, Bloomberg wrote about this, citing sources in the American intelligence services. Russia has denied all accusations by Ukraine and the United States of provocations in Donbass, adding that reports about the training of troops are a lie.